Most of us know something about the story of the Great Flood through the biblical history of Noah and the ark, from Genesis Chapter 6 through the end of Chapter 9. A lesser known but still somewhat familiar story which contains a similar account of our past is known as the "Epic of Gilgamesh," a Sumerian history which tells the story of a god named "Anu" providing "information of (the time) before the Flood" to a man named "Gilgamesh."—Tablet 1 (as translated by Maureen Gallery Kovacs).

Tablet 1 of the Epic of Gilgamesh from ancient Sumer also speaks of how Gilgamesh "crossed the ocean, the vast seas, to the rising sun," "explored the world regions, seeking life," and how he "restored the sanctuaries [or, 'cities'] that the Flood had destroyed." Whether Gilgamesh is meant to correspond to the figure of Noah in the Bible is unclear, though I doubt it based on some of the extended descriptions given to Gilgamesh in the Sumerian story. Rather, it appears more likely Gilgamesh was another ancient but prominent figure who was active in certain, memorable ways during certain periods after the Flood, particularly among the Sumerians.

Yet, there is no doubt that in some important respects the Epic of Gilgamesh supports the biblical story of a Great Flood which destroyed an earlier earth and all of the inhabited regions, many of which are now located below the earth's oceans, great lakes, or below sand brought up from the waters which "became increasingly, forcefully strong," according to the tradition carried on through Noah and those with him.—Genesis 7:19.

While the Sumerian story of Gilgamesh has often been viewed as complimentary of the biblical account of the Great Flood, last century additional evidence was found which may provide yet another link between the pre-Flood world of Noah/Gilgamesh and the post-Flood world of the Sumerians and other cultures of ancient Mesopotamia.

Proto-Sumerian writing has been identified on a bowl known as the "Fuente Magna" near the famous Lake Titicaca, in Bolivia/Peru, South America, which is a long way from the location of the Sumerian we are used to seeing from ancient Sumer in what used to be known as Mesopotamia. 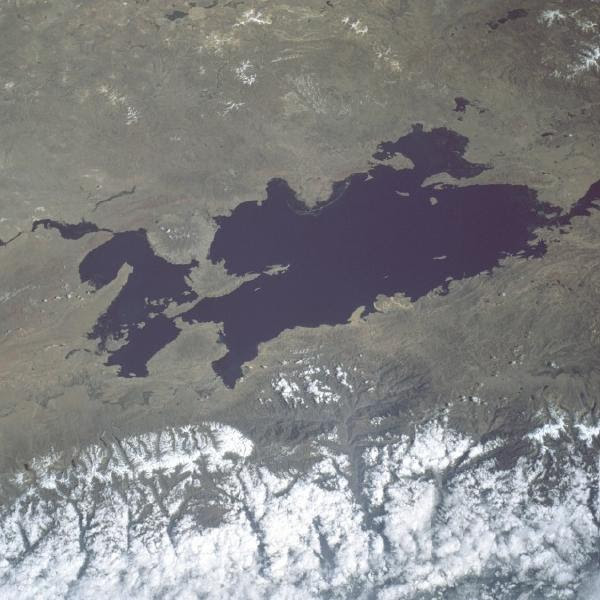 Lake Titicaca (shown above) is the highest navigable body of water in the world, at nearly 13,000 feet above sea level in the Andes mountains, under which there is also an ancient, submerged and destroyed city. 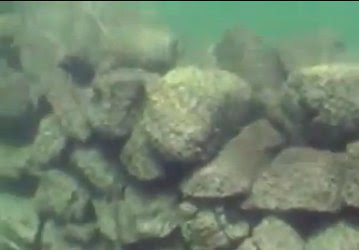 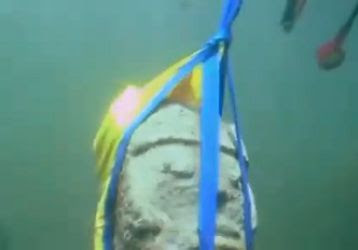 Because of its location and the fact it is buried under a lake that is 3,232 square miles, it is likely the cause of this city's destruction was the water from the Great Flood, which in biblical writings is said to have risen "above all the high mountains which are under all the sky heavens."—Genesis 7:19.

This incredible elevation of earth's sea waters is further supported by the type of sea horse found in Lake Titicaca. 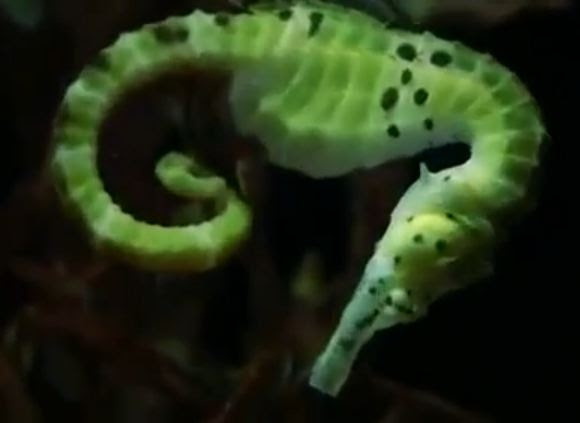 Such a creature appears clearly to have come to this area from a time when the sea water was high enough to deposit sea horses along with the sea water we see now covering the city below Lake Titicaca.

Given this and other evidence of a global flood, which includes many other sunken cities such as those located in the Black Sea, off the coasts of Japan and India, off the coast of Cuba, and even in the North Atlantic Ocean, I believe the proto-Sumerian script on the Fuente Magna bowl best explains the appearance of later Sumerian in the area of ancient, southern Mesopotamia: This occurred by way of the Great Flood, after the re-population of the earth near and eventually including what came to be known as Sumer in the post-Flood world.

While archaeologists continue to have trouble with dating some of these and other underwater ruins, due largely to the fact that they often date material in deposits surrounding the ruins rather than the actual ruins, these sunken cities are evidence of a time when many advanced cultures existed on the earth, but which were subsequently destroyed forever by a flood which would had to have occurred at a much faster rate than is often attributed to large, polar ice-cap meltdowns, a common but unlikely theory by some used to try and explain how these cities, in all parts of the earth, came to be underwater around the same time the Great Flood of Noah is believed to have occurred.

The best available evidence suggests someone like Noah or those with him and/or their descendants used a form of proto-Sumerian like we see on the Fuente Magna bowl. Then after the Flood, as humans spread from the area now known as Turkey into what was once known as southern Mesopotamia, they developed and expanded their language from proto-Sumerian to the form of Sumerian we see from findings in ancient Sumer today.

This is reasonable, too, when you consider after the Flood humans would have been left with whatever language or writing they were already using, since that is what they knew. It further means proto-Sumerian such as we find on the Fuente Magna bowl was at least one of the pre-Flood languages, if not part of the only one, which eventually became many.

Writing Sample from Ancient Sumer (from what was once southern Mesopotamia)

These scripts show a connection between the world before the Great Flood and the early world which would have developed through someone like Noah and those with him as well as their descendants after the Flood.


A translation of the text on the bowl shows there is also a connection between the goddess "Nia" (who is named on the Fuente Magna bowl) worshiped near Lake Titicaca and the same Egyptian goddess, with the same name in ancient Greek ("Nia").

See further the University of California, Riverside, Faculty's Archeology page article, "The Fuente Magna of Pokotia Bolivia" (link good as of May 4, 2013), which contains both transliterations and translations of the proto-Sumerian writing on the Fuente Magna bowl.

However, I disagree with the UCR Faculty article that "the Fuente Magna was probably crafted by Sumerian people who settled in Bolivia sometime after 2500 BC." I also do not see it matters much at all if the "Sumerians used seaworthy ships that were known to sail to the distant Indian Subcontinent."

This migration of people from the area now known as Turkey (see the reference to "the mountains of Ararat" in Genesis 8:4) eventually resulted in many post-Flood people settling "east" in the areas of "Shinar," identified as Babylon but which could also refer to Sumer, and which almost certainly includes southern Mesopotamia (Genesis 11:1; compare 24:10). But that does not explain how the Fuente Magna bowl could have got to the area surrounding Lake Titicaca.

Indeed, if the script brought to Bolivia around 2500 BCE was Sumerian, it would not have been proto-Sumerian, but the more advanced form of Sumerian from the area of Sumer which would have been in existence for 500-1000 years by 2500 BCE, not the earlier script which by its form appears to be much earlier than the Sumerian of Mesopotamia, which could date to between 3500-3000 BCE.

This is in large part why I make the connection between these two related scripts and the Great Flood, since for me it is the evidence of the Flood which most credibly explains the appearance of an earlier form of Sumerian existing first in South America and then in a more advanced form of Sumerian from near the very area where Noah and those with him landed and became "scattered islands of nations upon the earth after the Cataclysm [= the Flood]."—Genesis 10:32 (Greek Septuagint).

Evidence continues to surface showing us important views into the pre-Flood world and how it relates to the early post-Flood world, its people, and even their language(s). This will prove helpful in putting together a more accurate history of ancient peoples and events than we tend to see presented in mainstream archaeology and in many textbooks written by many who claim to be "scientists" but who often do not follow the very scientific principles or facts showing our real history on this planet.